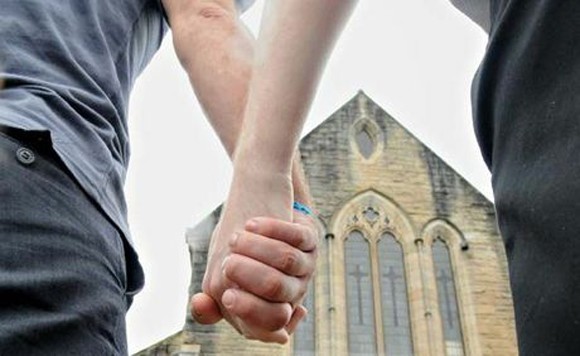 GIVING in principle support to marriage equality sparked a major debate in Lismore City Council last night which saw several councillors reveal their religious affiliations and make heartfelt speeches on where they stood on the contentious issue.

Introduced to the floor by councillor Ray Houston, the motion was immediately challenged by councilor Graham Meineke who declared it was inappropriate for council.

Overruled by Lismore mayor Jenny Dowell, the motion went to the floor and several councillors sought to weigh in on the gay marriage debate.

Cr Battista said marriage was a tradition and changing its definition would discriminate against heterosexuals, while Graham Meineke, who attends Church four times a week, said it was against his Christian religion.

But councilor Isaac Smith also announced himself as a dedicated Christian and said the key to social justice was equality.

Meanwhile councilor Neil Marks said the idea of gay marriage worked and he had no problem with it.

Cr Clough, a practicing Buddhist, also entered the fray and declared his support for the motion.

A proposed amendment to by Cr Bennett to change the wording to “civil union” was defeated and the motion to give in principle support to the legalization of gay marriage was carried 8-4.