She won’t be right without a fight 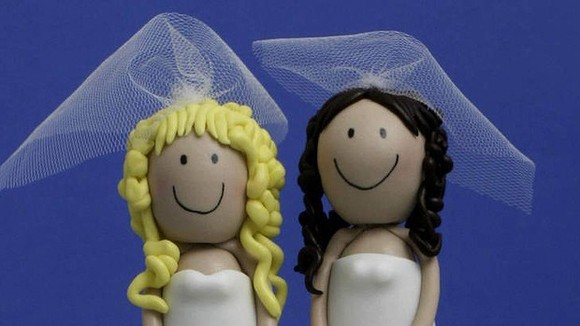 Supporters of causes such as marriage equality fall into a dangerous trap if they think they can simply wait for inevitable ”progress”.

A popular argument made by many advocates of marriage equality (a cause I also support) is that opponents are on the wrong side of history and its triumph is thus inevitable.
The conclusion is an understandable one and the often-invoked parallels with interracial marriage are persuasive. This kind of language, though, should give supporters pause for thought.
We cannot sit back and wait for perfection; if the world is to be bettered, this requires considered, reasoned and hard-fought human action.

When advocates for marriage equality invoke the concept of historical “progress”, they echo an idea with a long legacy and which has been used to support many causes. This narrative, deriving from the Whig political movement in 19th-century England, holds that the world is moving inexorably towards enlightenment.
As with all narratives, this is an ideological story used to make sense of the world, and like all such stories it has its flaws.

Firstly, the idea of “progress” is subjective and not always benevolent. Over the course of human history, countless millions have suffered in its name. As Canadian writer Margaret Atwood once wrote, ” ‘Progress’ has deluded many, but surely its pretensions as a rallying cry have been exploded by now: progress is not the same as change.”
The notion of progress is not only invoked by those termed “progressive” in modern parlance: recall that in promoting its punitive WorkChoices legislation, the Howard government presented it as a necessary, sensible step forward, stating simply, “Australia can’t afford to stand still.”
The laws were presented as “reforms” – another useful word that enables politicians and advocates to avoid laying out and justifying their aims. The electorate comprehensively rejected this version of “progress”, however, giving the lie to any assertions of inevitability by voting the government out in 2007.
Secondly, appeals to a neutral, authoritative-sounding History-with-a-capital-H are flawed. To state that one’s position is simply on the right side of history is manipulative, evading the need for argument. Advocates for social justice need to convince their fellow citizens of the correctness of proposed changes rather than simply asserting their inevitability.
History is not a neatly ordered set of events proffering easily digested morals, and the “lessons” we learn from the past will reflect our own ideological leanings.
Michael Howard, a former holder of the regius chair of modern history at Oxford University, explored the view that history teaches lessons, concluding that “History” was not “a Thing: it is what people think, write and believe about the past . . . ‘History’ as such does not judge. That is done by people.”
Thus while some look at the trajectory of civil rights movements and see the triumph of marriage equality as the inevitable next step, others view the years since the 1960s as a narrative of decline that must be halted at all costs, and others still reject the notion that inclusion in the conservative institution of marriage constitutes real progress for gay, lesbian, transgendered and intersex people.
Appeals to inevitability ignore the different ways people analyse past and present and the role of ideology.
Further, while it is tempting to paint opponents of “progress” as backward, recall that neoliberals also deride the tenets of social democracy as relics of a bygone era. The language of progress and advancement is powerful, and can be used to deny rights as well as to support them.
Thirdly, given the suffering and inequality that continues to exist despite all the “progress” that has been made, it would be idle to comfortably assume that the world turns towards ever greater human happiness.
The liberal idea that progress is the natural order of things – culminating in freedom of men, minds and markets – is seductive. Consider the popular quotation that the “arc of the moral universe is long but it bends toward justice”, which has been frequently invoked by US President Barack Obama.
This notion is somewhat dangerous, though: it may engender a sense of complacency and overlook the fact that advances in social justice have often been bitterly opposed. We cannot sit back and wait for perfection; if the world is to be bettered, this requires considered, reasoned and hard-fought human action.
A recent, thoughtful article by Jeff Sparrow on the Drum made the familiar declaration that Prime Minister Julia Gillard had “put herself on the wrong side of history”. He did not stop there, however, and rejected the notion of inevitability, writing: “it’s not just a matter of patience. The shift in attitude to same sex marriage, and to homosexuality more generally, comes after an immensely courageous struggle.”
Sparrow concluded that the “success of gay activists and their allies shows that politics doesn’t have to be about accepting reality. It can also mean changing it.”
If there is a lesson here, it is this: advocates for all causes, whether “progressive” or “conservative”, must do more than assert the inevitability or inarguable rightness of their proposals; they must fight for them with words and deeds.
Sarah Burnside is a freelance writer.